Decisive moments as a concept

To mark its 150th anniversary, Catalana Occidente Group decided to initiate a restructuring of its positioning in which the different insurance companies of the group were organized under a global corporative identity. Thus, the companies Catalana Occidente, Plus Ultra Seguros, Seguros Bilbao and NorteHispana were linked by the same brand identity, which also maintained a balance with the identity of each one of the insurance companies to preserve their own historical heritage. This change in planning needed to be expressed in turn in the rest of communication of the group. A project that H20 commissioned to CATandCAT, former agency of Maider Mendaza (where she was also founder and creative director).

We designed a strategic framework according to which the communication of the four companies had to be part of the same synergic campaign. A narrative axis was created on which to evolve the different insights, thus generating autonomous campaigns for each of them but connected by their very essence. This global vision was structured around the umbrella concept: “For the decisive moments of your life”. A clear and suggestive concept that defined the DNA of Catalana Occidente, a company whose philosophy is precisely to be there in those moments that make a difference. 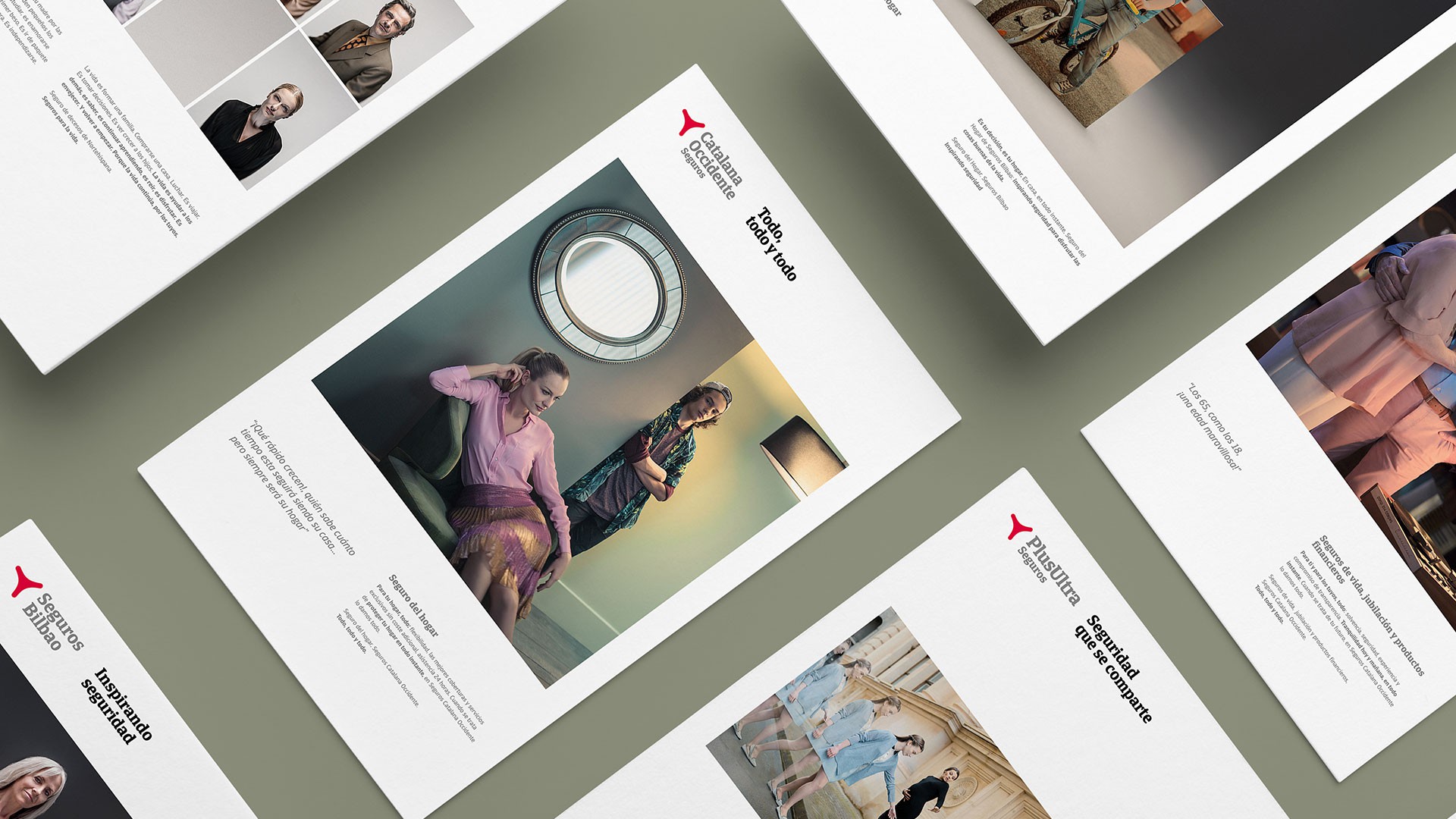 Catalana Occidente and the unforgettable moments

As a representation of the evolution of the brand itself, it was decided to place the campaign on the eighteenth birthday of the iconic girl from Catalana Occidente, present in several of its previous commercials over the years. A family reunion that, bringing together members of different ages, pronounced itself as a perfect metaphor for the different insurance services offered by the brand and embrace the global umbrella concept in the verbalization “for the unforgettable moments”, which we showed through the key visual of the frozen moment that allowed us to develop the concept in form. A fashion film staging that preceded the mannequin challenge worldwide trend by a whole year. 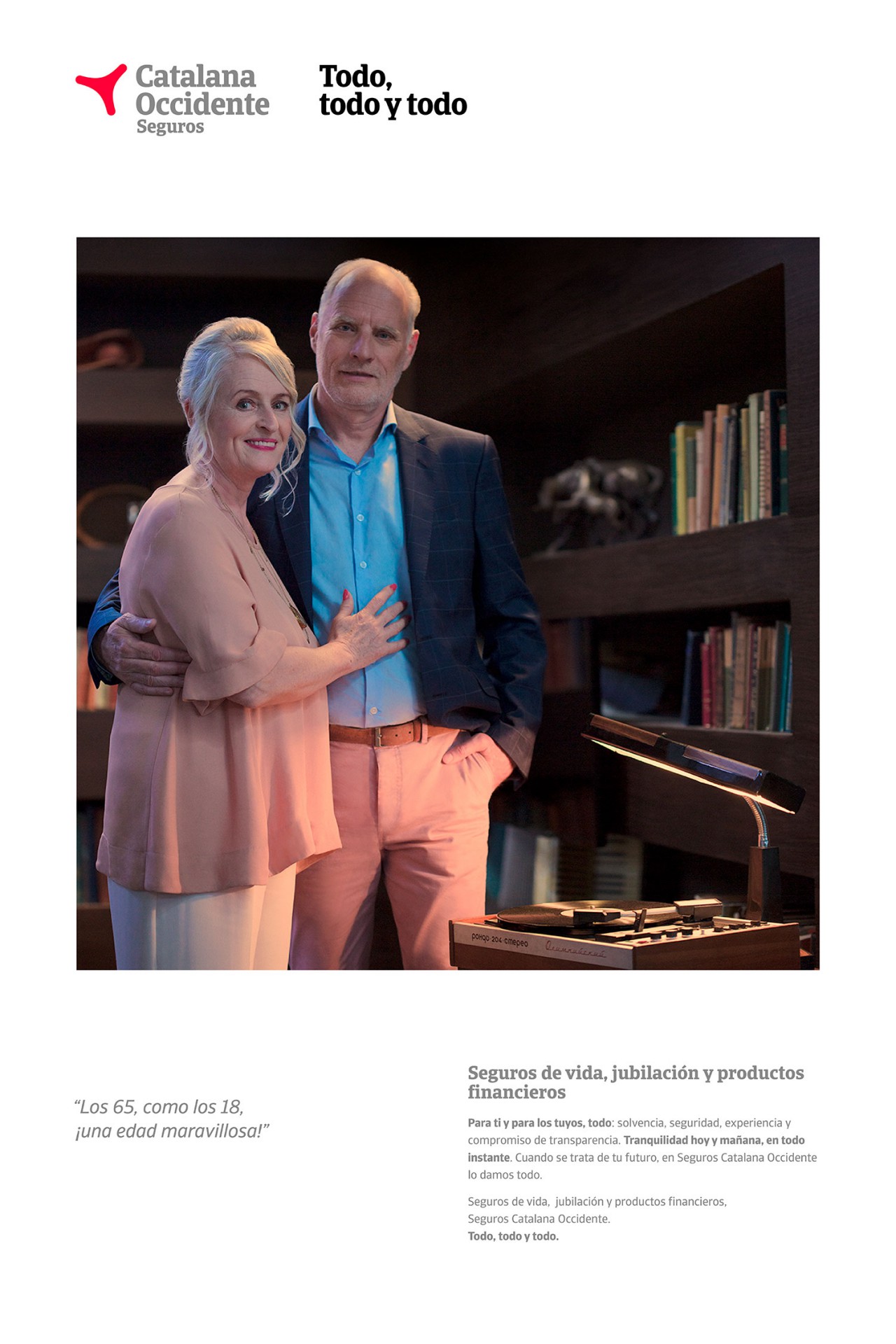 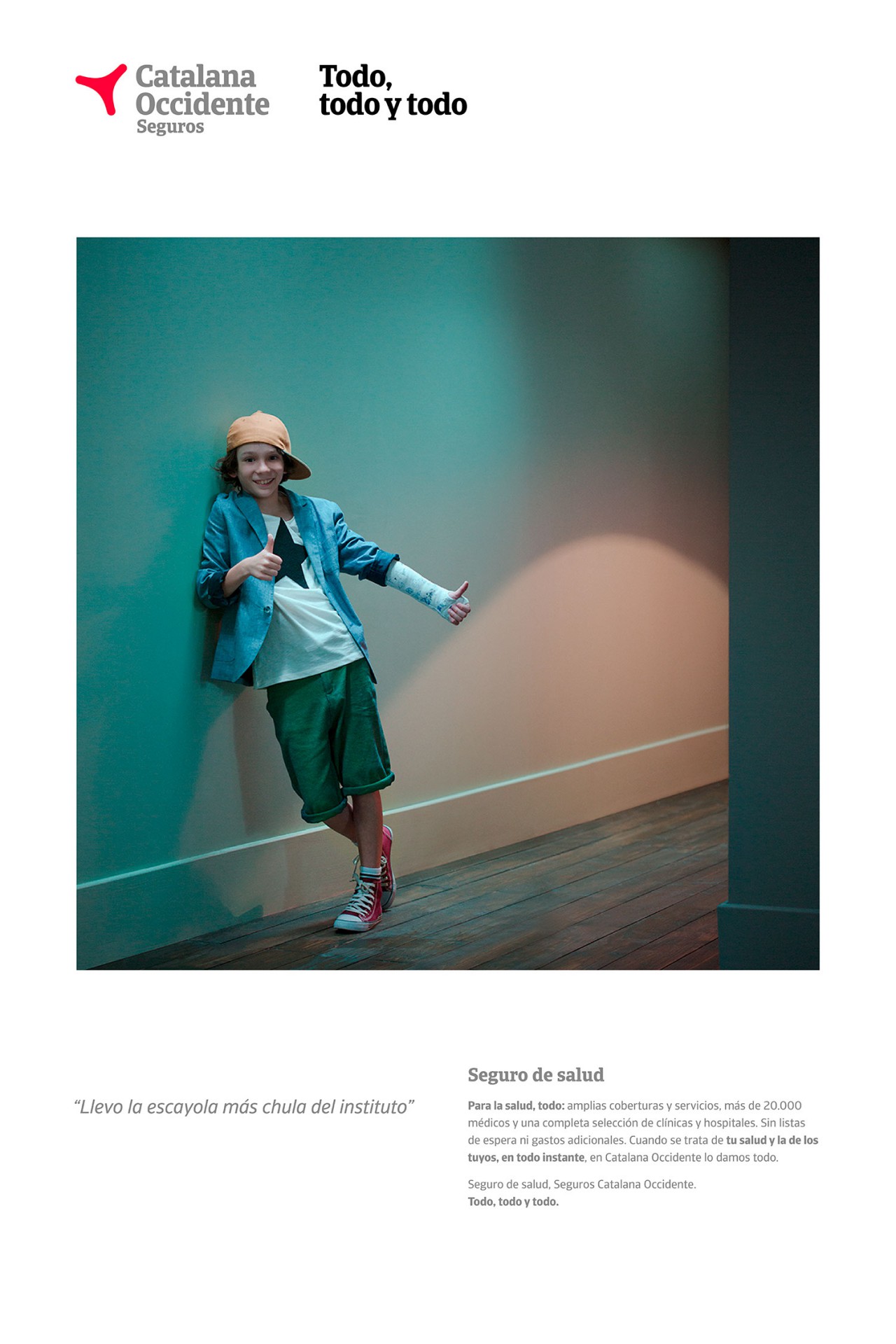 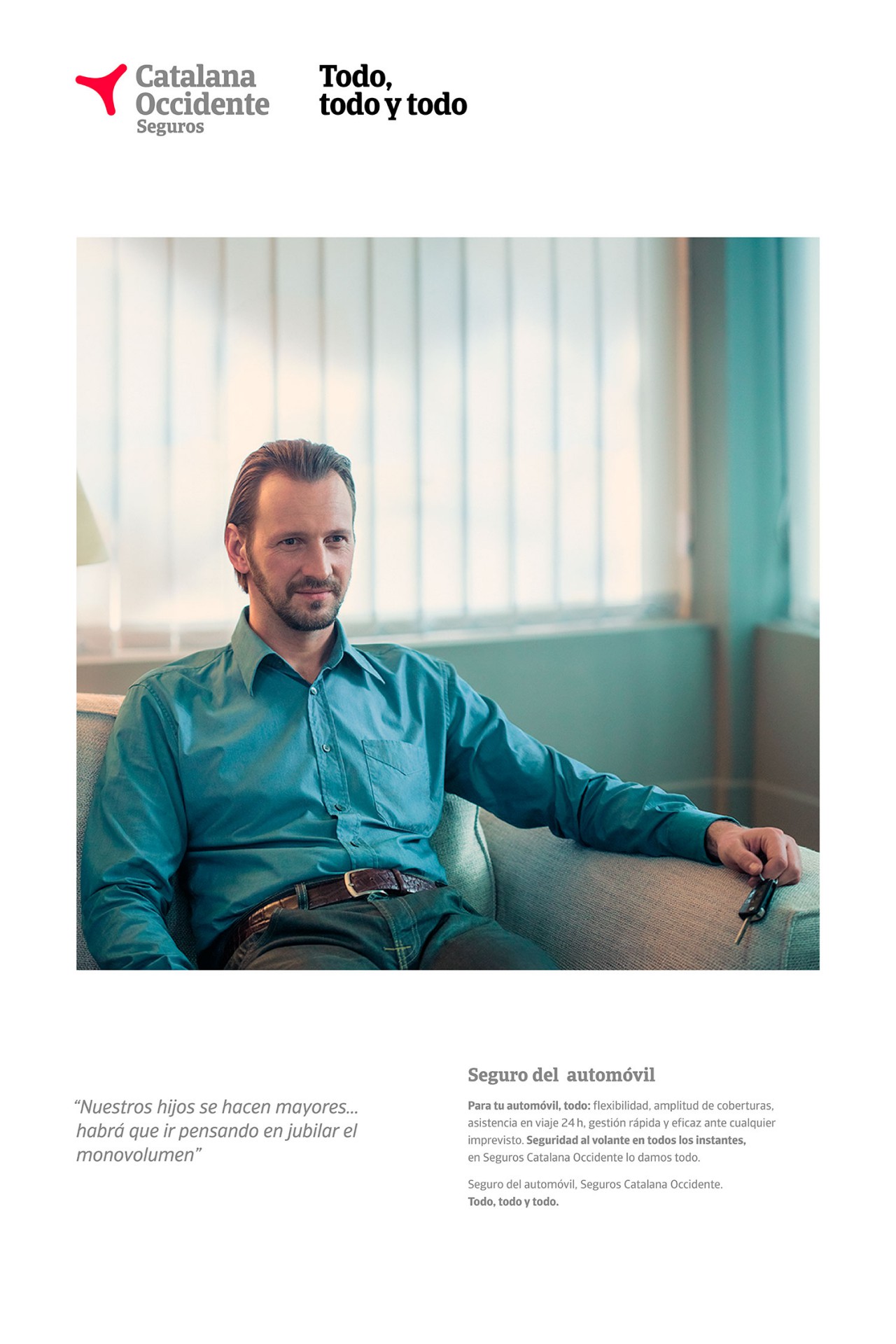 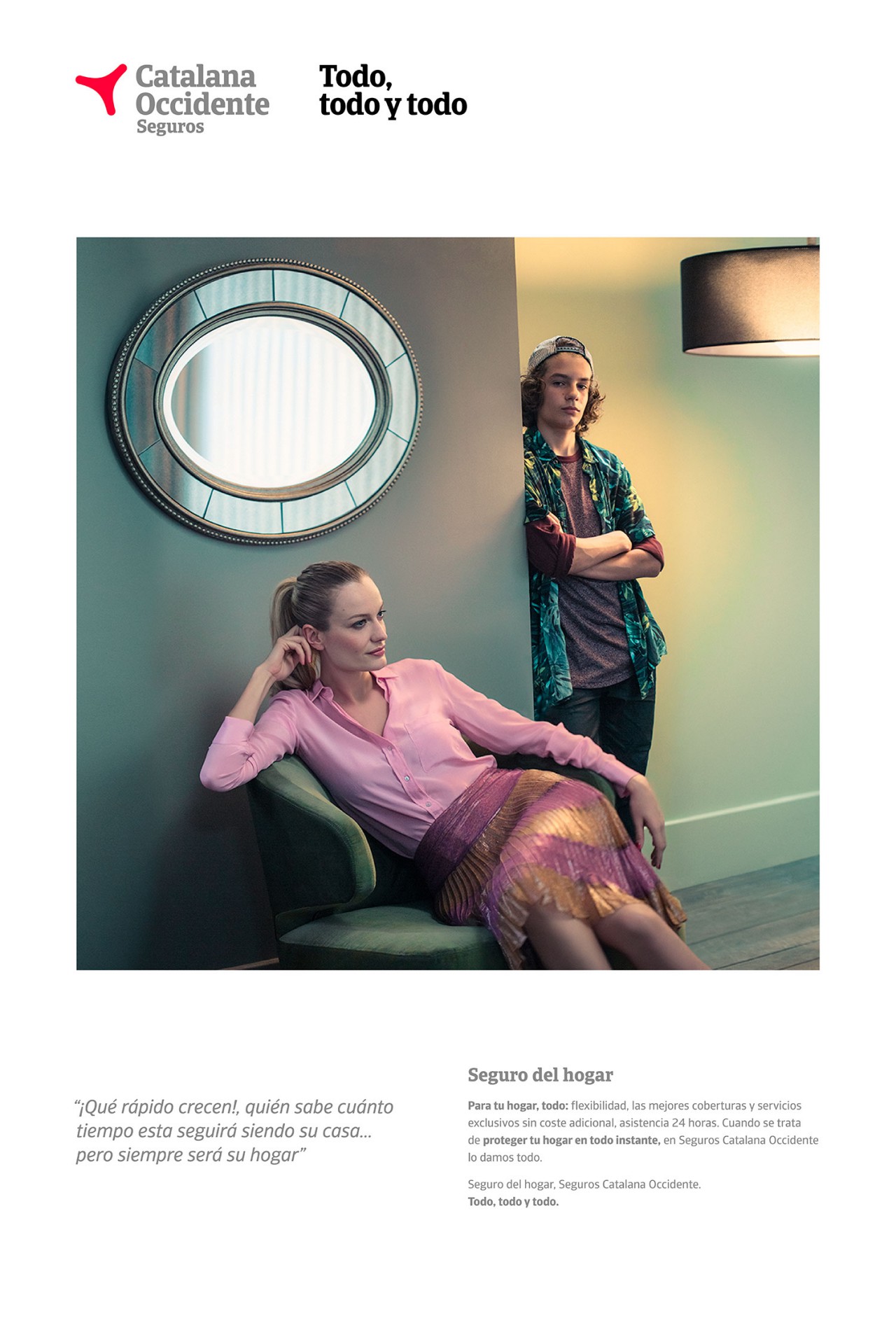 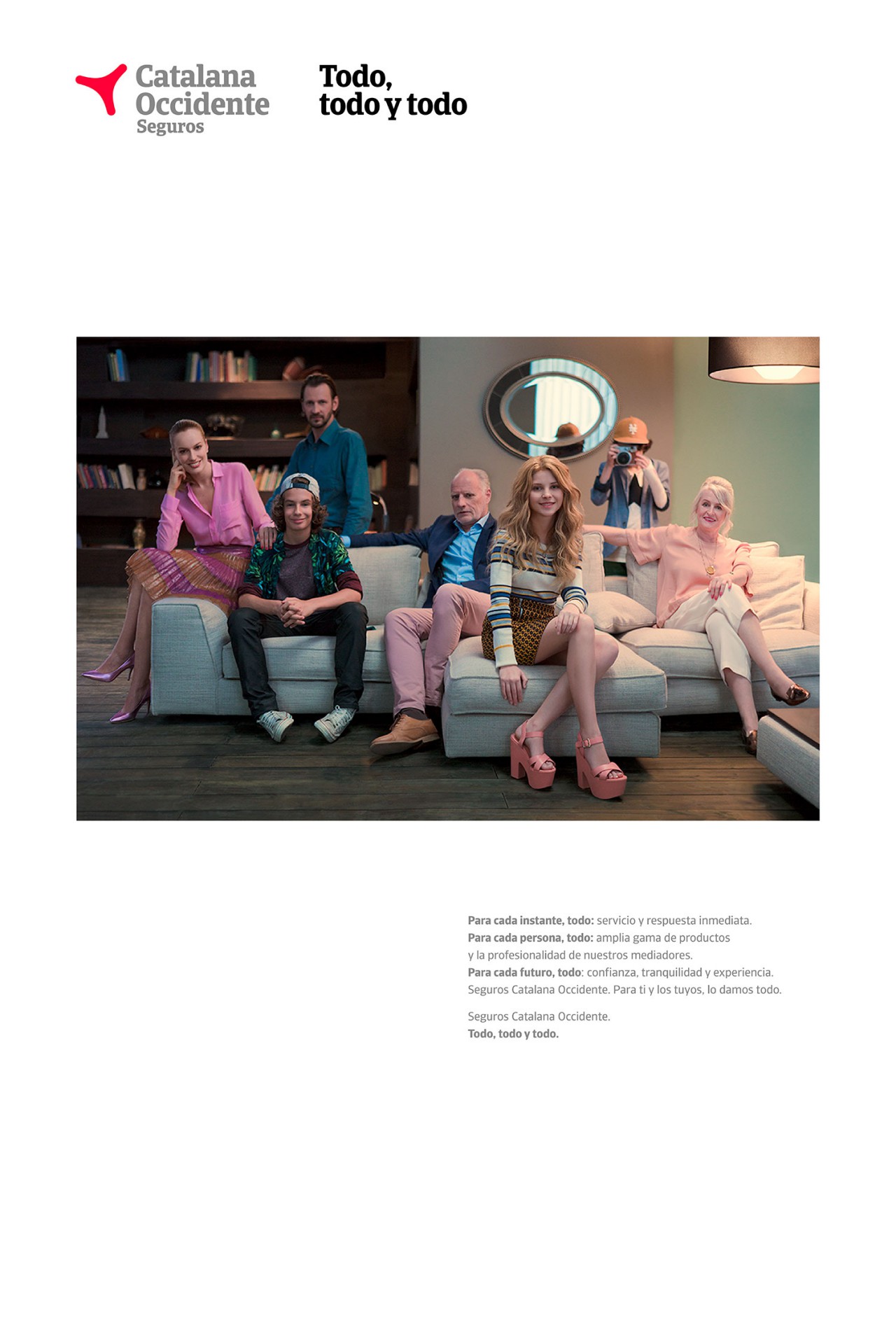 Plus Ultra and the shared moments

The connection and the social bond that exists between people was the starting point of this proposal, which evolved the axial concept towards the moments that each and every one of us share with others and that kept the key visual of the frozen scene to show those circumstances when having a good insurance company is the best guarantee for any unforeseen events. 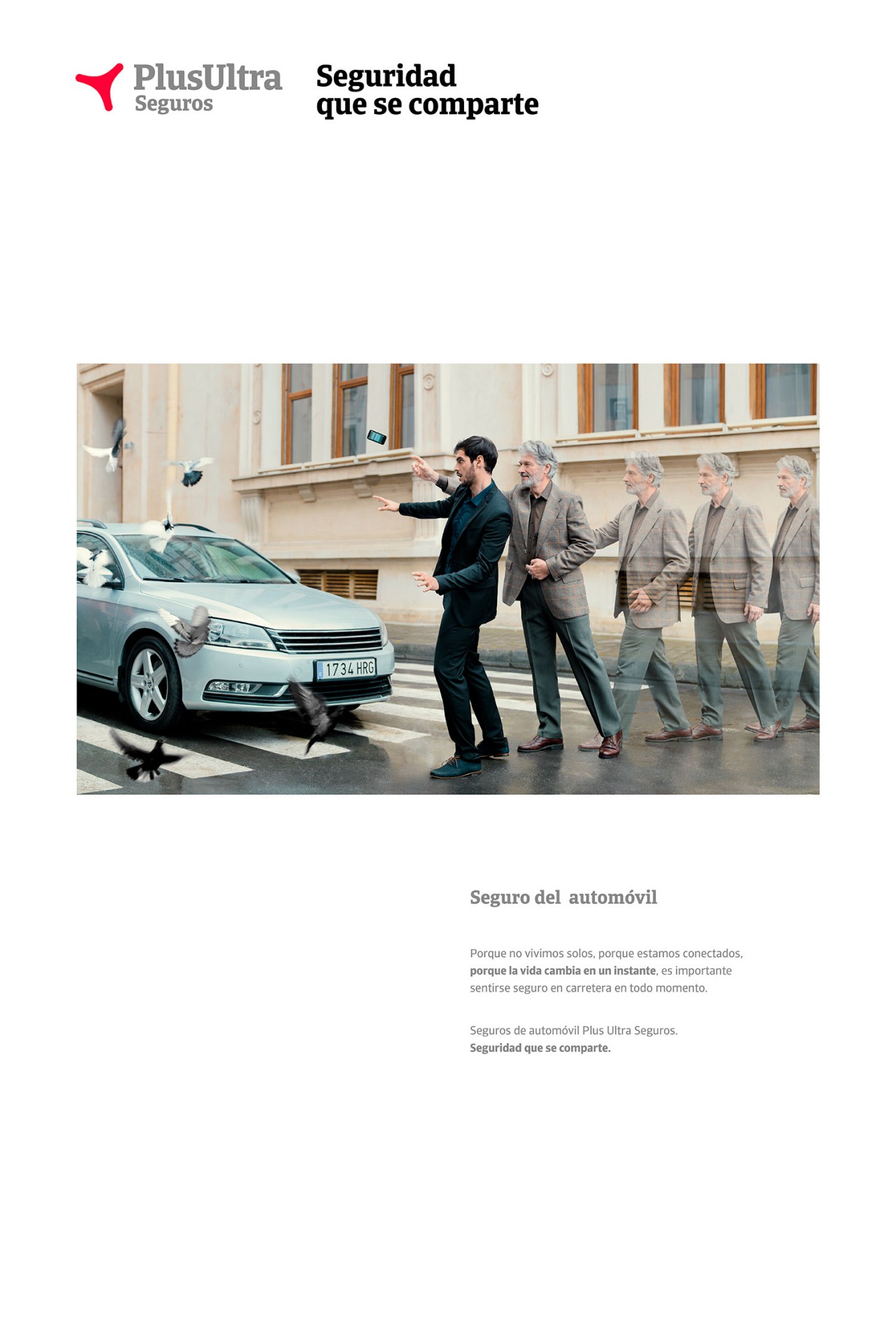 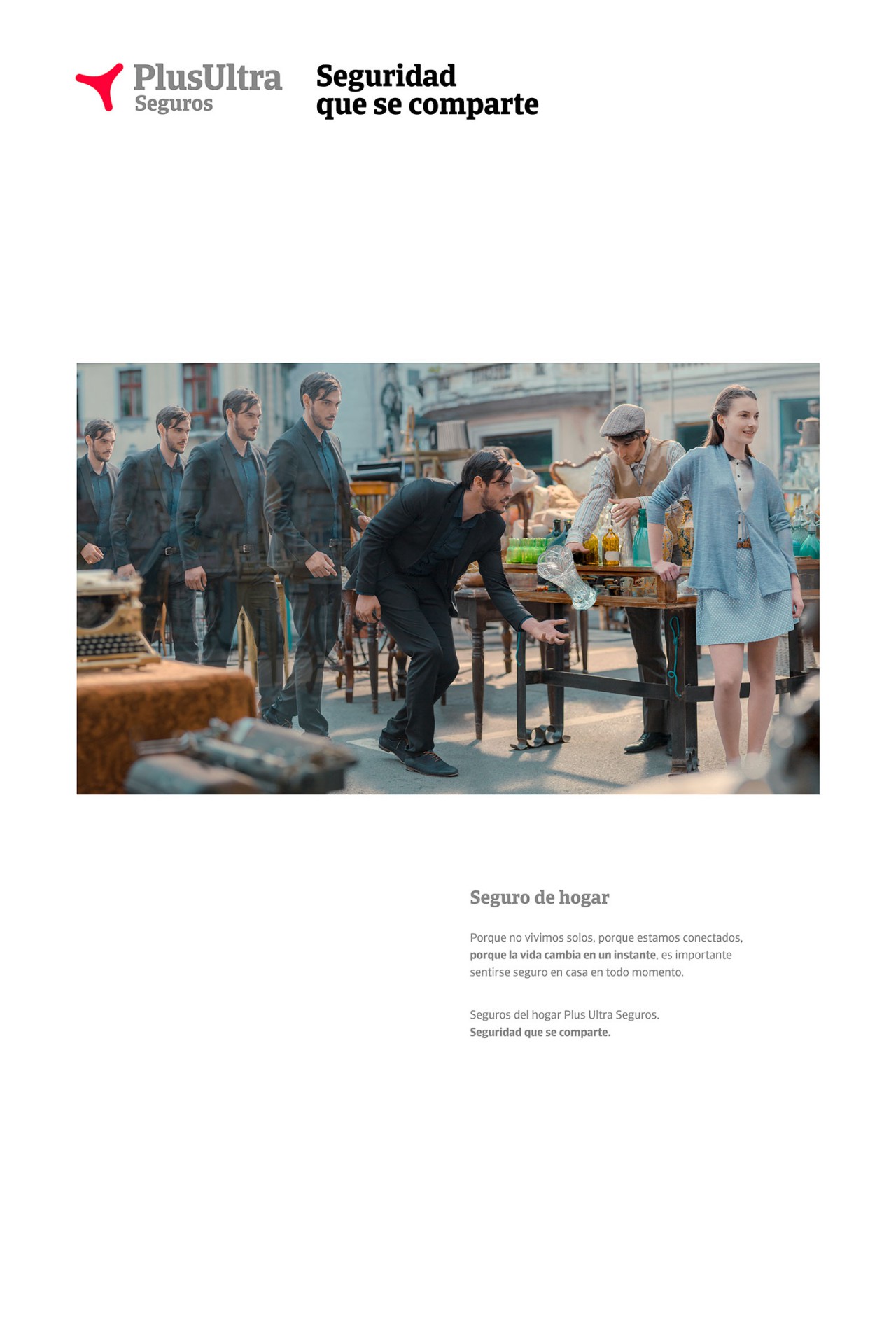 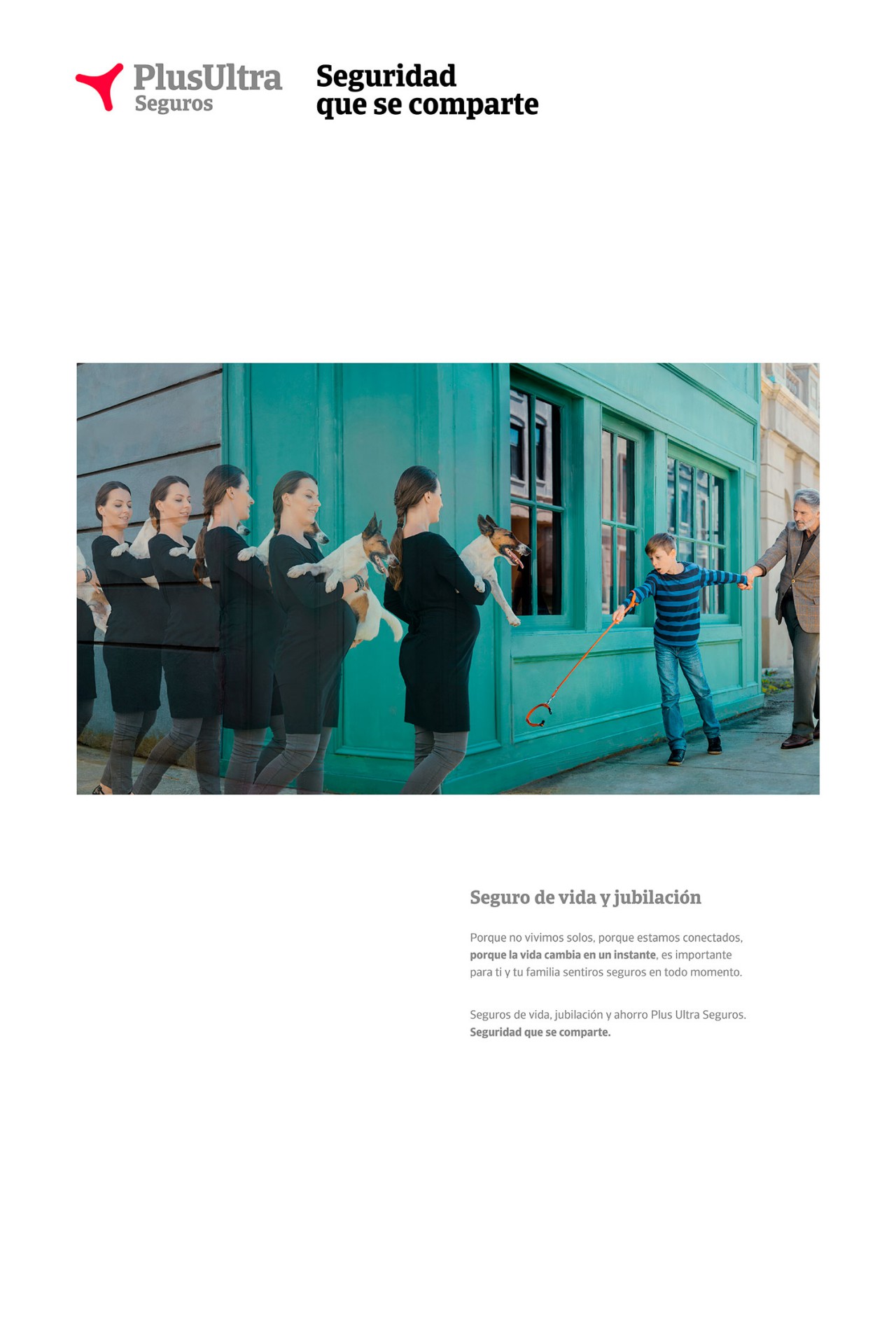 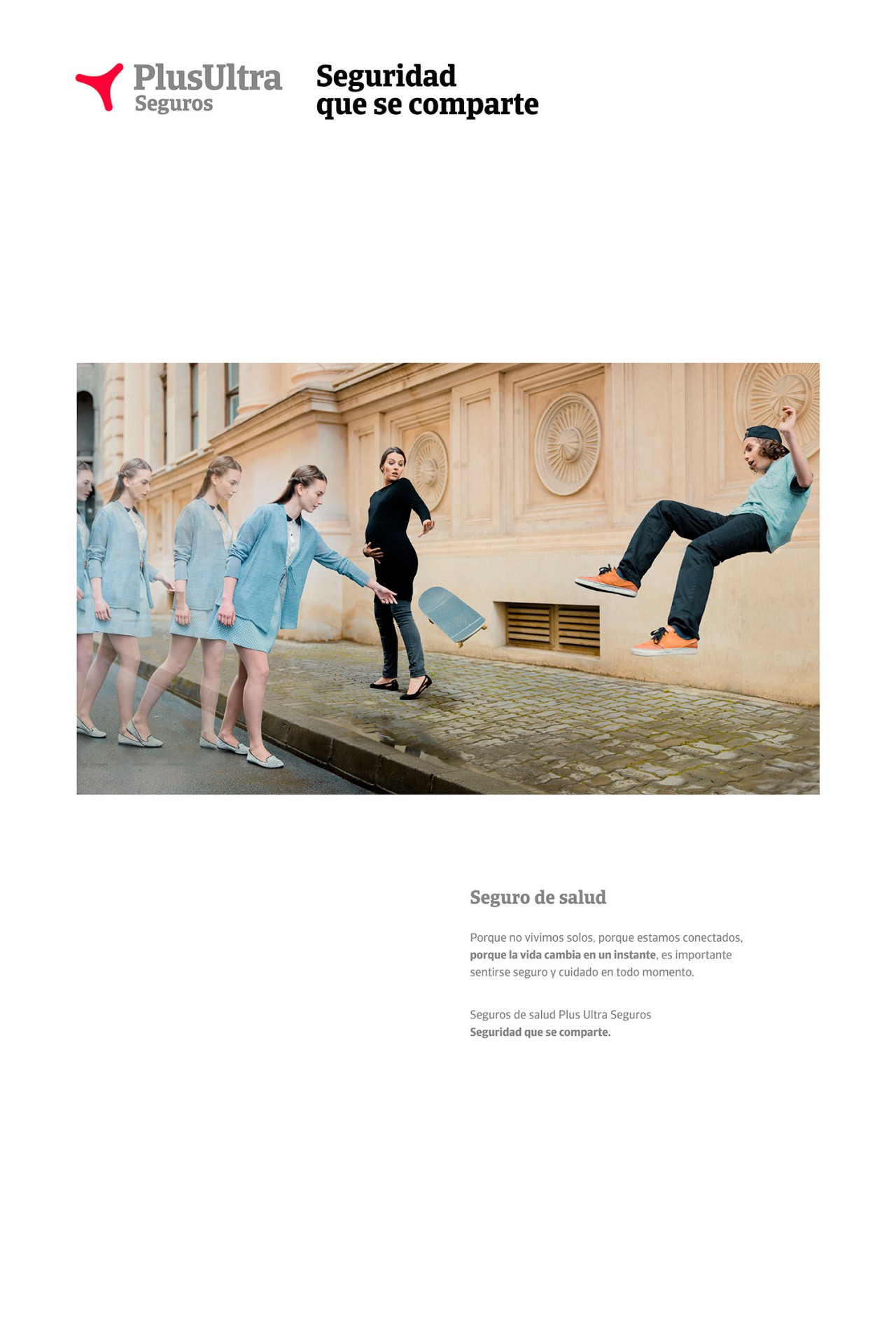 Seguros Bilbao and the brave moments

Being able to make the right decisions in an instant is possible when one feels secure and backed up. Those kinds of moments of yes or no, of doubt and choice, symbolized in this campaign the vital tranquillity provided by a reliable insurance company. In this way, we continued to develop the Group’s global concept in a differential way and adjusted to the specific characteristics of Seguros Bilbao, addressing those decisive moments in the life of any person. 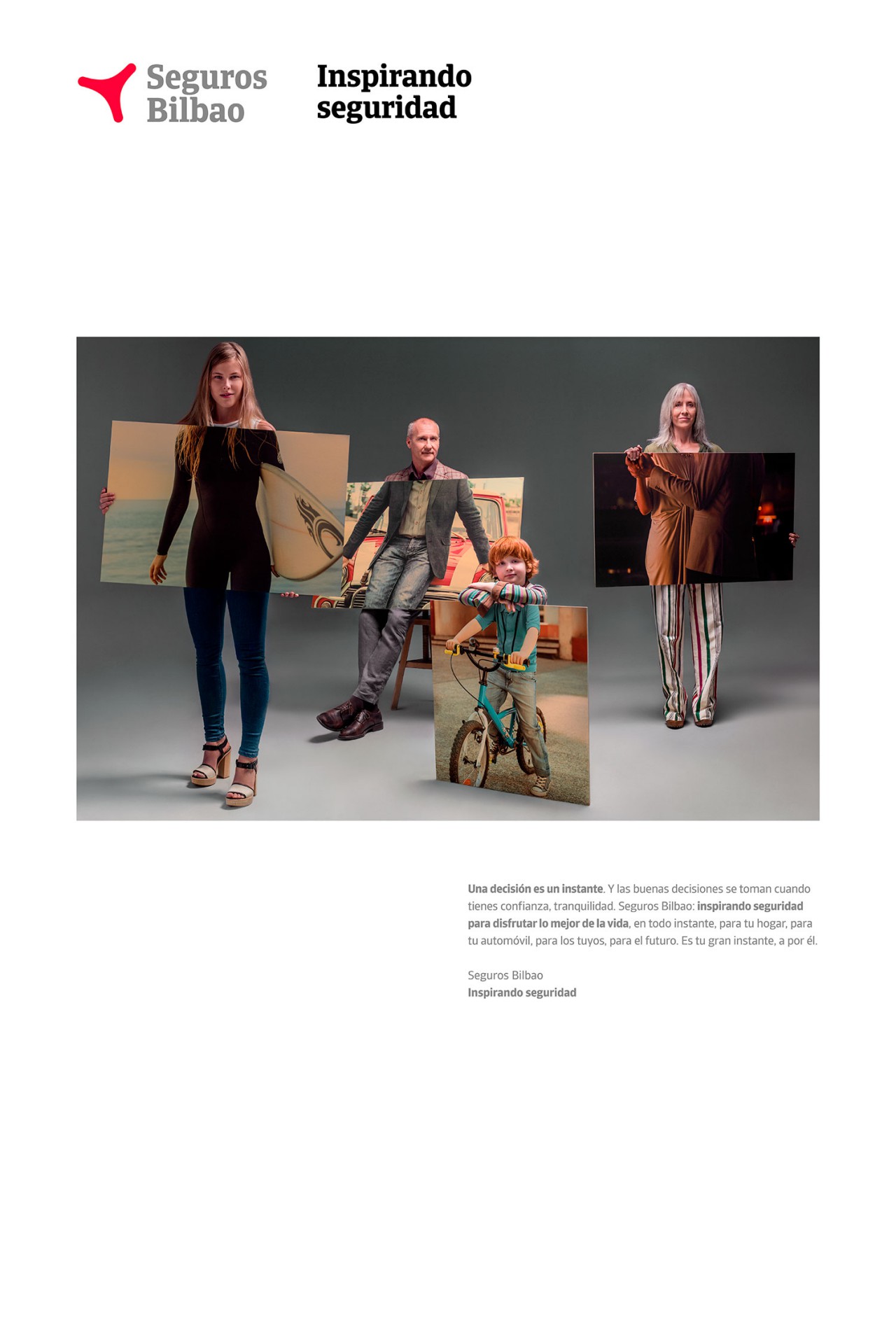 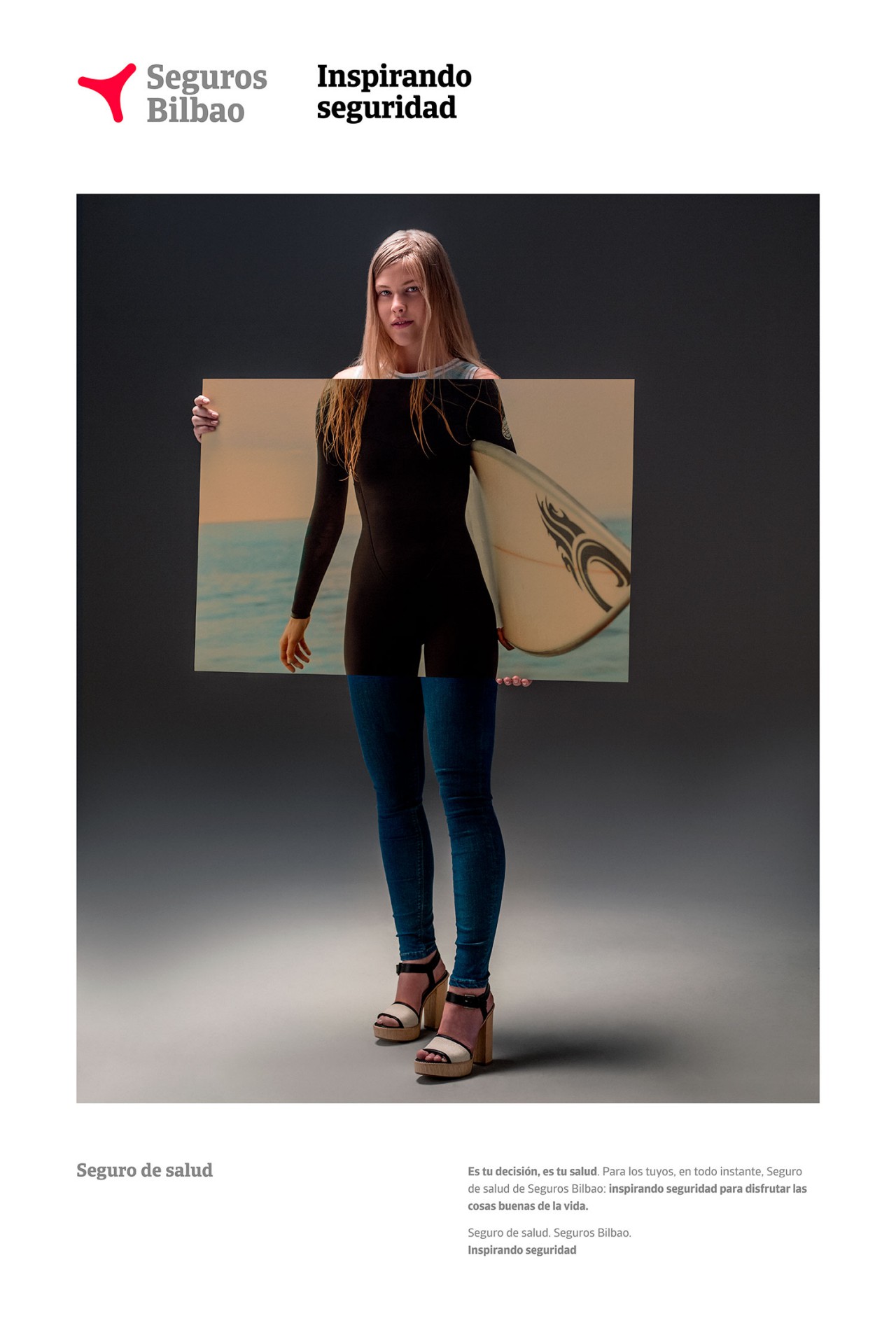 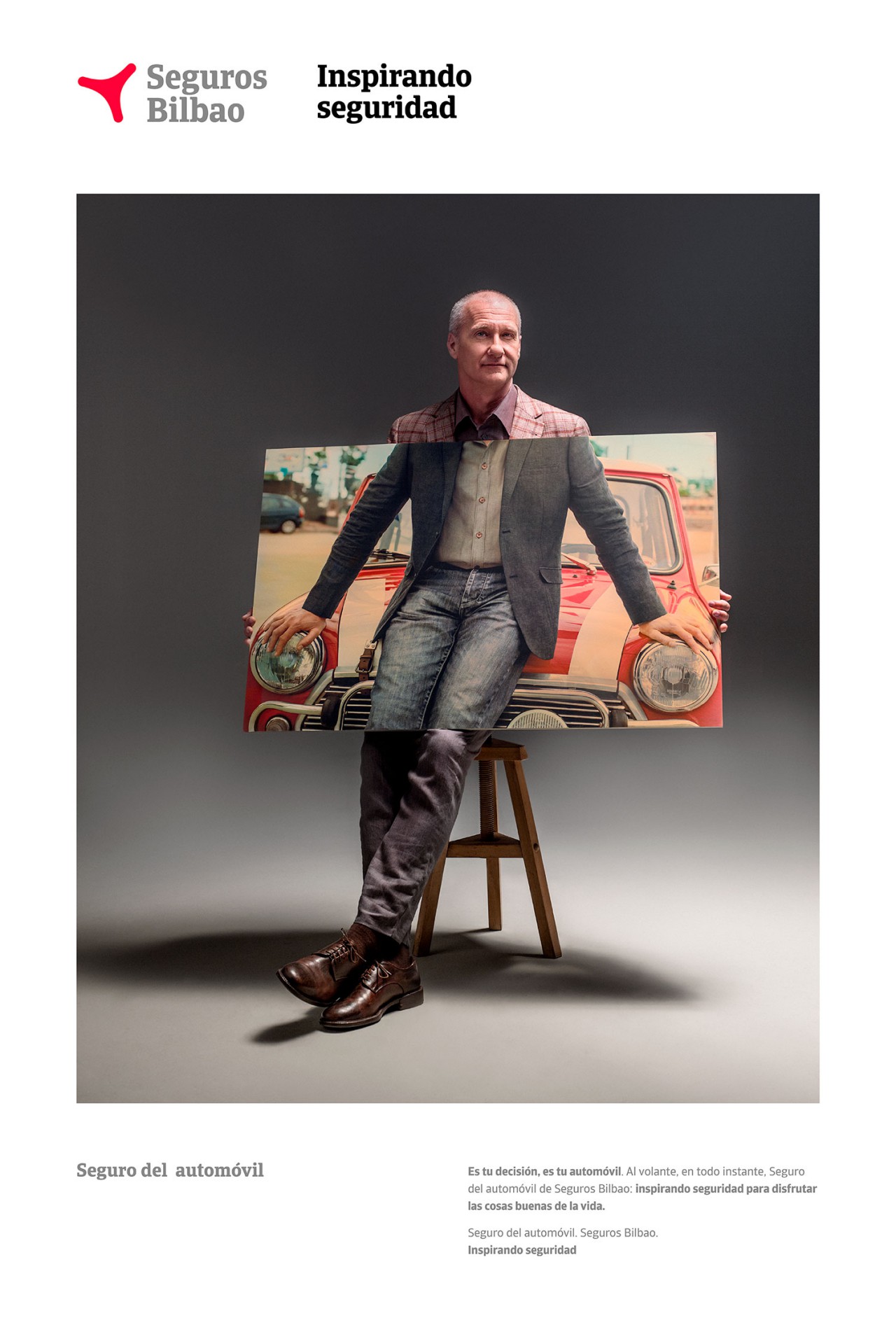 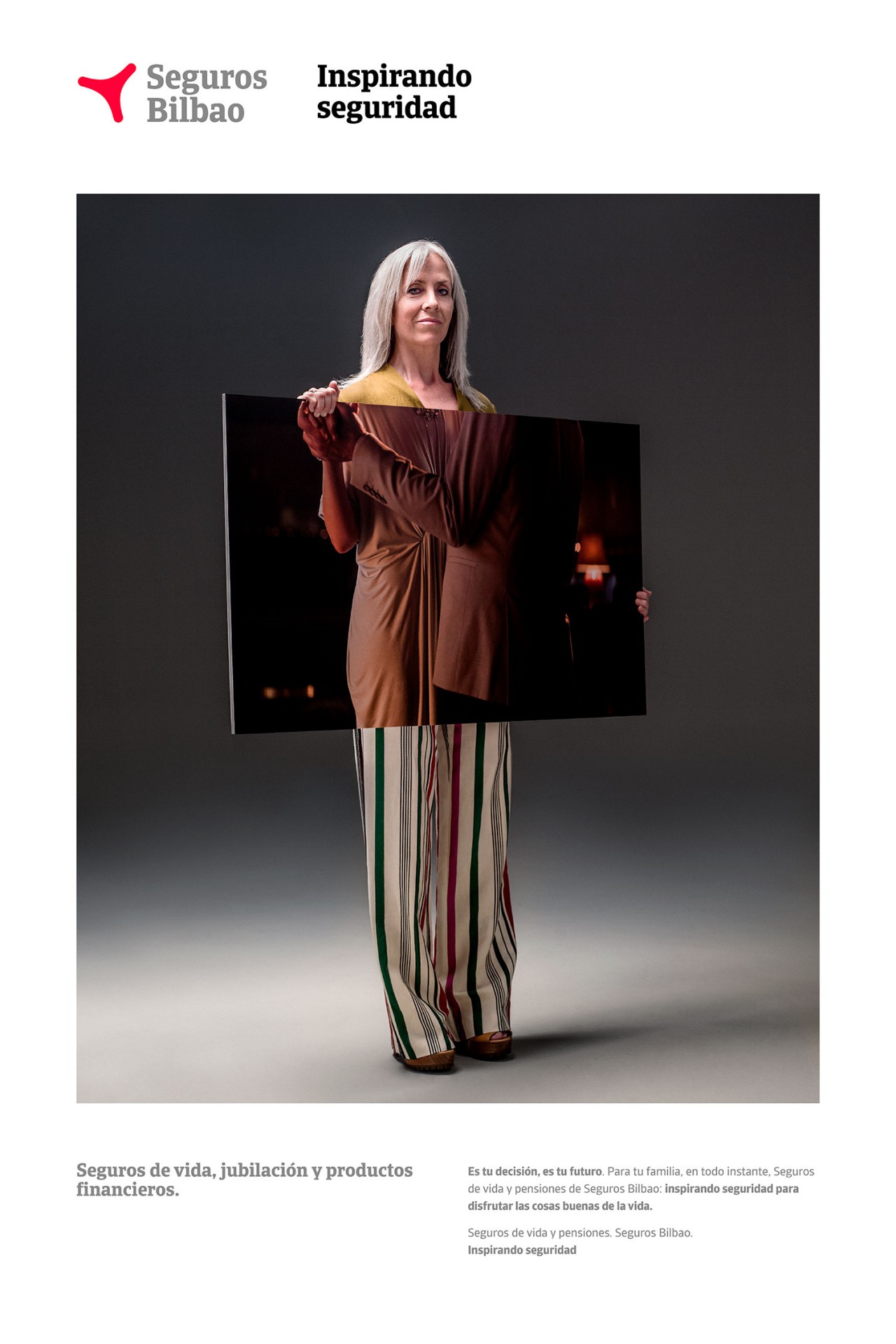 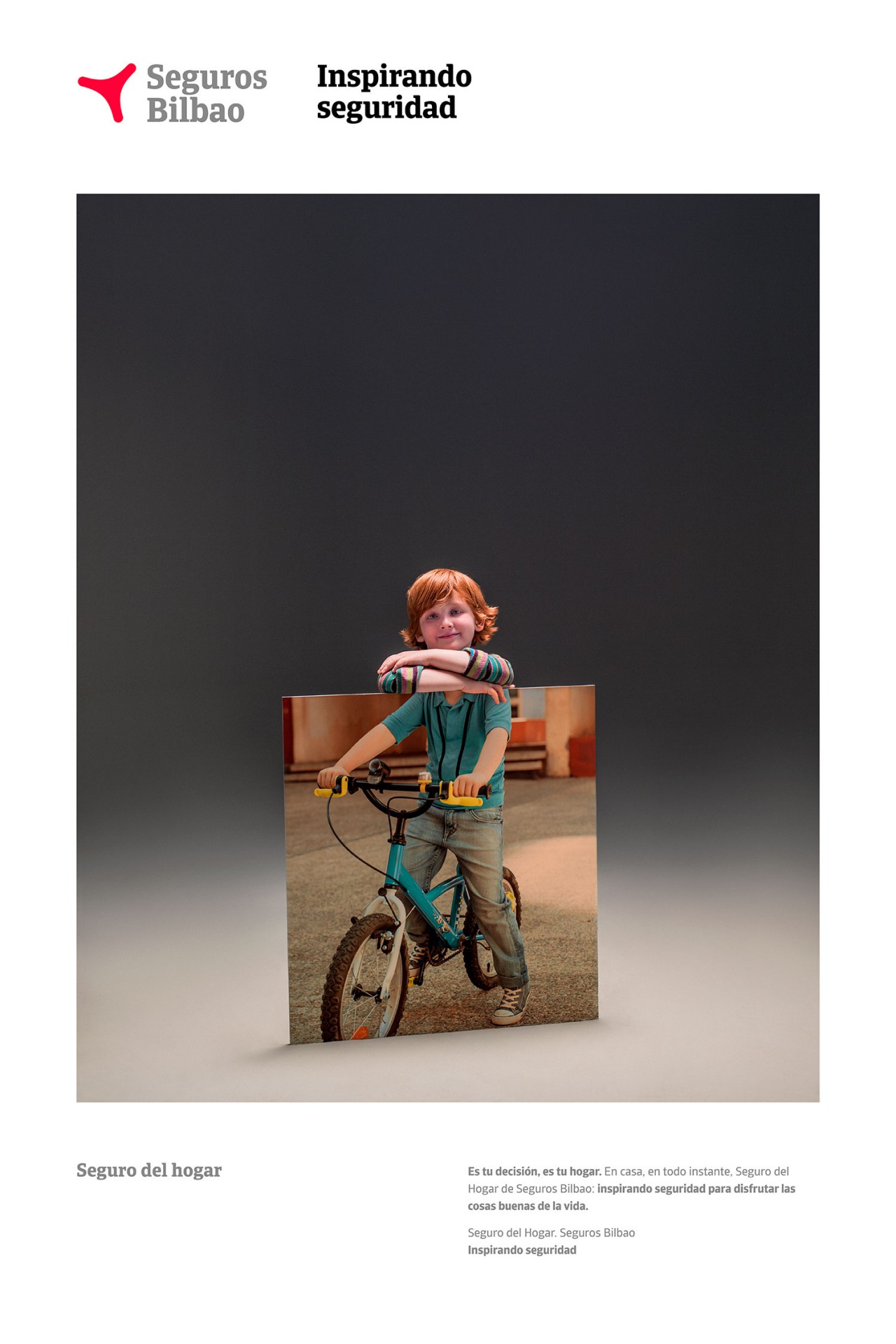 NorteHispana and the moments of a life

To talk about a sensitive issue such as death insurance, we decided to show the vastness of a complete life synthesized in what, after all, life itself ends up being: a succession of moments in which death integrates itself to become one more of them. We wanted to show this concept in a natural way, without drama, through the fluidity of a sequence shot in a single location and through a graphic layout based on the narrative design. The global concept of the decisive moments was here synthesized in all the moments that shape our lives and those of the people who will succeed us. 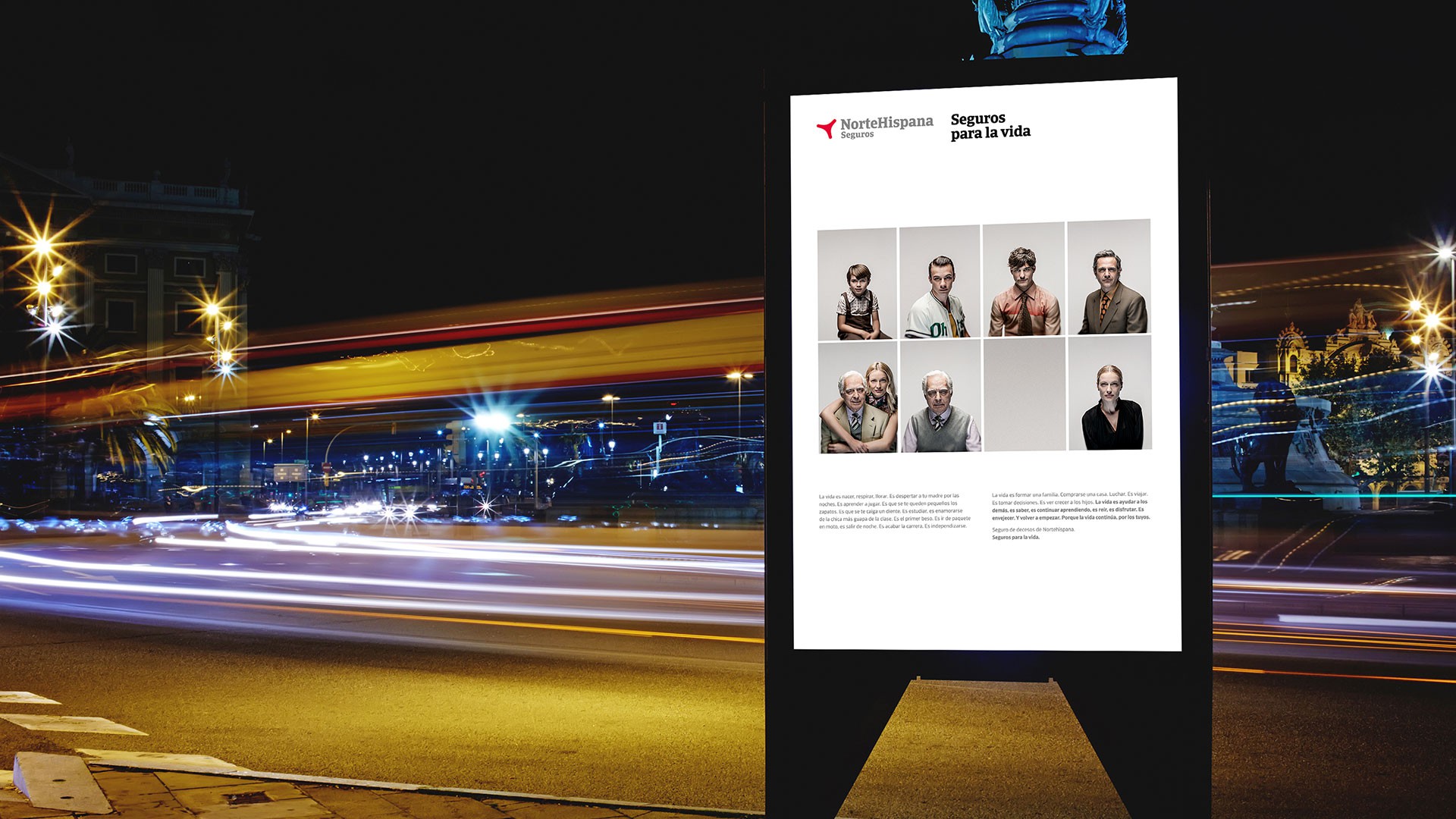 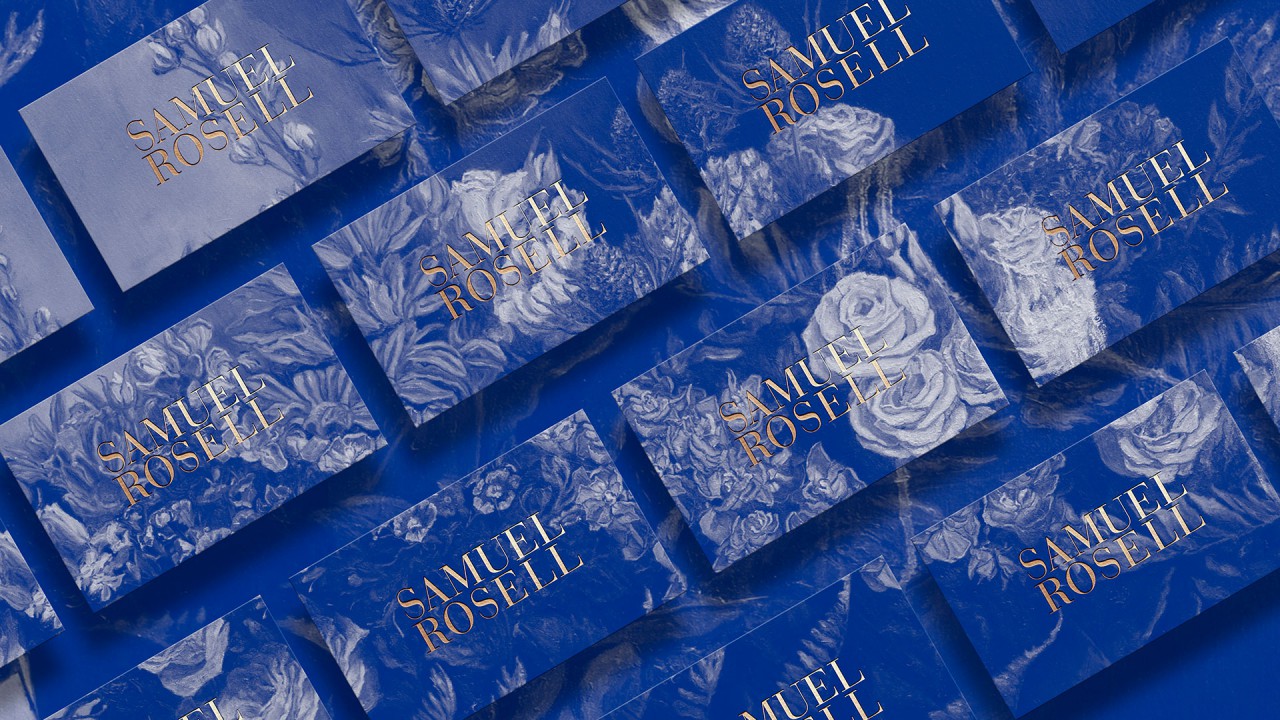 Visual identity and branding in the evolution of a discourse 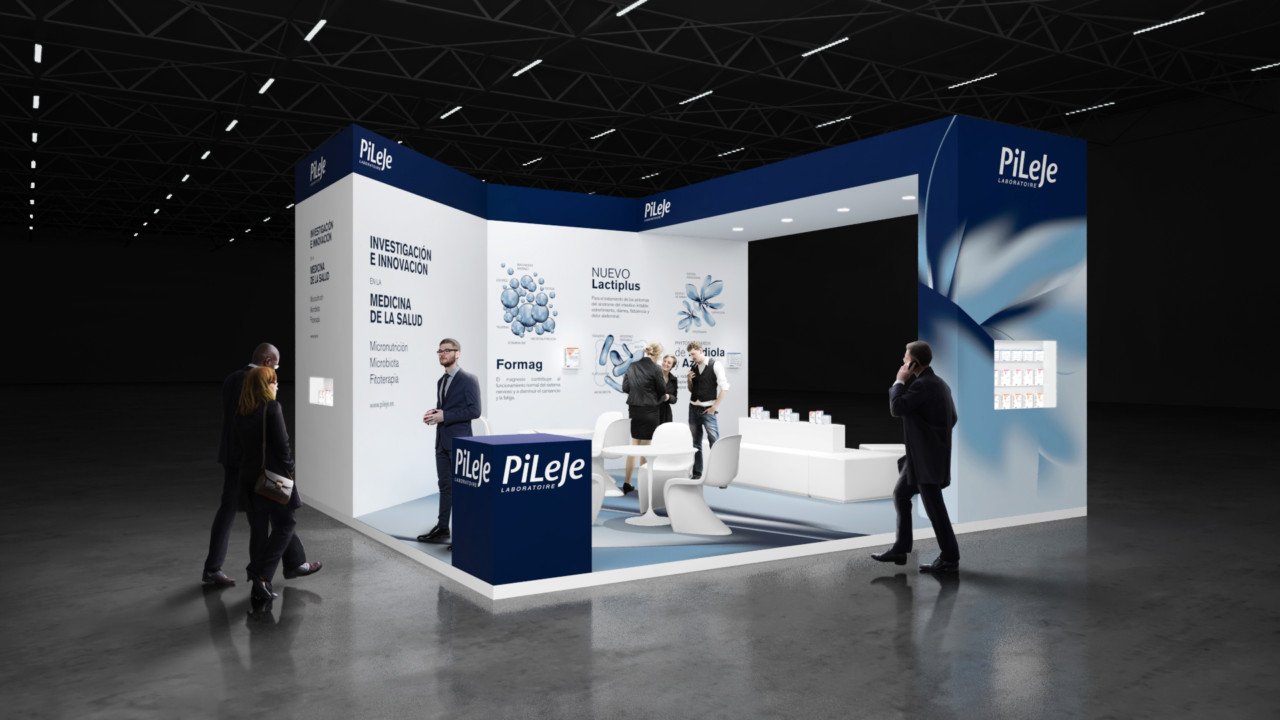